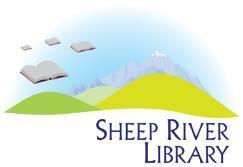 It’s time for summer reading – laying in a hammock or on a lounge chair, beverage and book at hand. Those titles you have been planning to read all year by your favourite author await. You may not be aware that some of those authors write under more than one name. Historically, it was thought that an author could only produce one quality title a year, so if they wished to publish more frequently, it would have to be under another name. This practice has fallen by the wayside in recent years as authors such as James Patterson and Nora Roberts publish numerous titles in a year or in Patterson’s case -weekly, it seems. Some authors write in more than one genre, for example, fiction, non-fiction and poetry and they use different names for each style. Jane Ann Krentz writes romantic suspense novels but publishes her fantasy novels under the name Jayne Castle and historical romance as Amada Quick. Nora Roberts publishes most of her romantic suspense and trilogies under her real name, but her In Death series, a romantic suspense police procedural set in the 2060s, appears under the name J.D. Robb.  Sometimes authors who have achieved phenomenal success with certain titles, like J.K. Rowling’s Harry Potter books, choose to release new titles under a different name because they want to see how those books are received by the public without the fanfare attached to their name. Rowling wrote The Cuckoo’s Calling as Robert Galbraith and the novel was initially rejected by publishers.

This practice is almost as old as the novel itself, especially for women who could not publish under a female name. George Eliot is Mary Ann Evans and the Bronte sisters initially appeared in print as Currer (Charlotte), Ellis (Emily), and Acton (Anne) Bell. Nowadays, the reverse often happens, and male authors will use a female pen name, especially if they are writing in a genre that has a mostly female audience. Dean Koontz, who is famous for his horror novels, also writes as Deanna Dwyer and Leigh Nichols. If you are looking for a good read that explores the idea of a man using a female nom de plume, check out Terry Fallis’ Poles Apart.

Whatever your desire, we are happy to help you find what you are looking for either in our collection, or in TRAC.

Family movie nights will return on Thursdays at 6 pm throughout the summer beginning July 7. Movie titles will be posted on our website(www.sheepriverlibrary.ca) and Facebook. No registration is required, and you can feel free to bring your own snacks, drinks and popcorn.